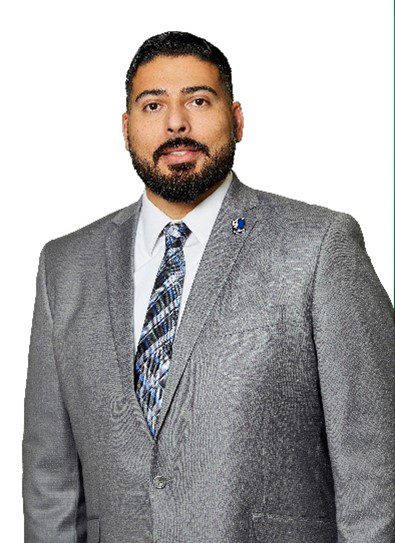 Alexander Vazquez was selected as Chief Operating Officer (COO) for Goodwill of Delaware and Delaware County.

Before joining Goodwill of Delaware & Delaware County, Alex provided executive leadership for several other member Goodwill organizations. From 2015-2022, he served as the Vice President of Business Services & Performance Excellence for Goodwill of Southeast Georgia in Savannah, where he provided oversight for government contracts, business development, and performance excellence.

Delaware Secretary of Finance Rick Geisenberger announced the appointment of Helene Keeley as the Acting Director of the Delaware Lottery.

She succeeds Vernon Kirk who served as the Lottery Director since 2011 and retired in July. Since 2018, Keeley has served as the Lottery’s Deputy Director overseeing finance, IT, application support, human resources, and security support services within the organization. Keeley retired from the Delaware House of Representatives in 2018 after serving  for more than two decades.

Before joining the Delaware Lottery in 2018,   Keeley worked for 14 years at the Delaware Department of Labor. She was one of a number of legislators who held state jobs while serving in office.

New dean for Biden School at the University of Delaware

Amy Ellen Schwartz, professor and chair of the economics department in the Syracuse University Maxwell School of Citizenship and Public Affairs, will be the new dean of the University of Delaware’s Joseph R. Biden, Jr. School of Public Policy and Administration.

She succeeds Maria Aristigueta, the Biden School’s inaugural dean, who announced her plans to retire earlier in the year.

Wohlsen Construction Company is pleased to announce that Bernard L. “Bud” Grove has been promoted to Senior Vice President of Senior Living. In his role, Bud will lead Wohlsen’s senior living initiatives across its geographic footprint and provide support and expertise to assure client and project expectations are delivered.

Melody Phillips, the former Director of Operations at the Teen Warehouse in Wilmington and a former Program Manager at Delaware Technical and Community College, has been appointed Deputy Director of the Department of Parks and Recreation. Phillips will assist Parks and Recreation Director Ian Smith. Phillips has more than 15 years of experience in program management with an emphasis on building and enhancing community and social justice initiatives.

Gary serves as vice president of finance at TidalHealth, a Maryland-based health system of hospitals and specialty offices.

Petrone joins the Board with extensive energy industry experience, having served in executive positions at Dynegy Inc. and Exelon Corporation.

Petrone served as executive vice president and head of the retail electricity business of Dynegy Inc., and vice president of commercial and retail divisions at Exelon and in financial roles at PECO, an Exelon company. Petrone’s alma mater is the University of Delaware, where she serves as an executive mentor at the Alfred Lerner College of Business and Economics.

Goldey-Beacom College (GBC) announced the appointment of Marcia Blessing Dulin Wood  and Lee H. Burstein as new members of its Board of Trustees, effective July 1.

Wood is currently the chief financial officer of Choptank Transport, a privately held, family-owned transportation logistics company. She led the team to a successful sale to Hub Group in Oct 2021 for $130 million.

Over the last 14 years of her tenure, Wood has served as a key member of the executive team which developed and implemented the company’s strategic growth from $10 million to over $500 million with 425 associates and expansion to six additional U.S. locations.

Burstein is the founder of Dynamic Systems, LLC, which provides visuals from ground to sky to business. He has developed strategic business partnerships, conducted computer consulting and training, and has designed customized software.

Burstein’s career began as a high school science teacher where he focused on curriculum. He has also served as a vice president for Truax, Inc., where he designed and managed the development and support software products.

Michael Durstein earned the Chartered Financial Consultant designation from The American College, King of Prussia, PA. The ChFC designation is awarded to candidates who complete a prescribed program of study and exams and fulfill certain ethical and professional experience requirements.

Durstein specializes in working with individuals and businesses on their insurance and financial services needs. Durstein is with Diamond State Financial Group. He is also a Registered Representative and Investment Advisor Representative with Securian Financial Services, Inc.

The engineering and architectural firm announced the new staff members.