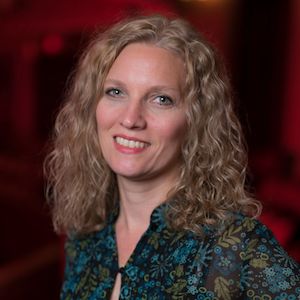 The  Grand’s Board of Directors appointed Pamelyny Manocchio  to become its next executive director. This will take effect in September when current director  Mark Fields retires.

Manocchio first came to The Grand in 2006 as Director of Development and segued into the role of Director of Community Engagement in 2009. In that position, Manocchio has overseen all of The Grand’s outreach and education programs with the community.

In addition to Manocchio’s work at The Grand, she has held leadership positions with several arts-related organizations in the state, including the Delaware Arts Alliance, the Arts Consortium of Delaware, and the Arts-Culture-Heritage collective.

Perdue, based in Salisbury, MD, is one of Delaware’s largest employers.

His previous senior positions include President of Schwan’s Consumer .

Kelvin H. Lee has been appointed interim vice president for research, scholarship and innovation at the University of Delaware.

Dr. Lee, whose appointment is effective July 1, is Gore Professor of Chemical and Biomolecular Engineering at UD and institute director for the National Institute for Innovation in Manufacturing Biopharmaceuticals (NIIMBL). A member of the UD faculty since 2007, Lee is known for his impact on U.S. innovation policy in Washington, D.C., his work to catalyze advanced manufacturing innovation in the United States and his impact on diverse technical areas including proteomic methods, Alzheimer’s disease diagnosis and biopharmaceutical manufacturing. He has six patents and one more pending. Before taking on leadership role with NIIMBL, he served from 2008-17 as director of the Delaware Biotechnology Institute.

Bayhealth, a Dover based health system, named Rosemary “Rosi” Wurster as its newly appointed chief nursing executive. She will lead a team of 730 nurses.

Wurster holds a doctor of nursing practice from Drexel University, post master’s in nursing administration from Villanova University, and master’s of public health as well as a bachelor’s of science in nursing from West Chester University.

Seven to be inducted into Delaware Women’s Hall of Fame

This year’s inductees include:

View the biographies of the 2022 Honorees and all 160 inductees of the Delaware Women’s Hall of Fame here.

The Food Bank of Delaware announced today its officers and the appointment of six new board member to its Board of Directors for the 2023 fiscal year.

The following officers have been elected to the Food Bank of Delaware’s Executive Committee:

The following business leaders are newly-elected to the Board of Directors:

Lacomba will lead Beebe’s perioperative team at the Margaret H. Rollins Lewes Campus and Rehoboth Health Campus, which is anchored by the Specialty Surgical Hospital and Beebe Outpatient Surgery Center.

Prior to joining Beebe, Lacomba worked at the Wellspan system in York, PA where she most recently served as the Clinical Director of Perioperative Services for Wellspan York Hospital. Her other significant experiences include Associate Vice President for Quality and Safety for the Geisinger Health System, Associate Director of Surgical Services for the Holy Spirit Health System, and Assistant Chief Nursing officer for Carlisle Regional Medical Center.

Tenisha Cameron,  has been named director of practice operations for Pediatrics at ChristianaCare.

In her new role, Cameron will partner with the clinical leaders of both the inpatient and ambulatory areas to advance operations of our Pediatric services.

Cameron has been with ChristianaCare since 2002. She has served in various roles over the years, most recently as manager of practice operations for Pediatric Associates and Dover Pediatrics.

Jon Hickey was installed as the 109th President of Rotary Club of Wilmington.

Hickey has been an agent with NAI Emory Hill Real Estate Services for 20 years, with a particular emphasis on Downtown Wilmington. He has served Rotary in a variety of roles over the years, including as a Director, Committee Chair, and Club Secretary. He is a Paul Harris Fellow and has also worked at the District level on Global Grants.

Rotary is a global network with over 46,000 clubs in over 200 countries with over 1.4 million members.

Beebe Medical Group welcomed board certified cardiothoracic surgeon Marisa H. Amaral, MD, MS. Dr. Amaral earned her medical degree from Albany Medical College in 2007. She completed both a surgical research residency and a general surgery residency at Baystate Medical Center, followed by a residency in cardiothoracic surgery at UC-Davis Medical Center. She then completed her fellowship in thoracic oncology and robotic surgery at Moffitt Cancer Center in 2017. Dr. Amaral is one of more than 100 new providers who have joined Beebe Medical Group in the last two years.

Hager served with distinction for three years as a DBG Board Member and Special Advisor on the safety and health of the woodlands. He is President and Founder of the Land Care Advisory Group and Coastal Plant Care in Ocean View.

Barbato is a Civil Engineer at Pennoni Associates and is Office Director of their Newark Office.

Levin was born and raised in Wilmington. He attended Ithaca Art Institute in Philadelphia where he received an Associate’s Degree in the Culinary Arts. He is also a Certified Human Resources Professional through George Mason University.  He began his career at SoDel Concepts in 2012 working his way through various capacities from Line Cook, to expeditor, and is a member of the HaleyKammerer Consulting and Highwater Management Team.