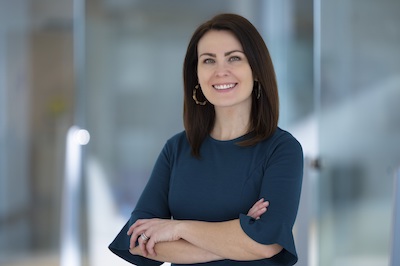 Aloysius Butler & Clark (AB&C)  announced that CEO Tom McGivney will be retiring on Sept. 30. In addition, AB&C is implementing several leadership changes as part of the transition.

Effective Oct. 1,  Paul Pomeroy, AB&C’s current president, will assume the role of CEO and be responsible for revenue, strategic growth and long-range business planning. Linda Shopa, current chief financial officer, will take on the additional role of chief operating officer and be responsible for long-range fiscal planning and agency operations. Steve Merino, chief creative officer, will continue his current responsibilities for overseeing the quality of the agency’s creative product, as well as providing strategic leadership and vision.

During McGivney’s 38 years with AB&C, he served the agency and its clients in multiple leadership roles, including the creative and management sides of the business.

Over the past several years, annual growth at AB&C has continued.

AB&C signed a lease in June for more than 6,000 square feet of office space at 123 South Broad Street, in Center City, Philadelphia. In addition to increasing its previous Philadelphia space by more than 2,000 square feet, AB&C   maintains offices in  Wilmington, Delaware, and Bloomsburg, PA.

In April, AB&C also acquired Mangos, an agency based in Conshohocken, PA.

Mary Messina Remmler, vice president for strategic planning and analysis at the University of Delaware, has been named senior vice president and chief financial officer.

Over the past six years at UD, Remmler has led strategic planning and analysis, as well as overseeing the offices of budget, institutional research and decision support.

This  change will also enable John Long, executive vice president and chief operating officer to further concentrate on major strategic operations, including expanding and managing public-private partnerships and multi-year, master planning across the institution, including the main campus, the STAR Campus and UD’s multiple campuses and operations statewide.

In 2022, Dr. Walls began serving as Legislative and Policy Advisor in Nemours’ Division of External Affairs for Delaware Valley.

Walls has a  psychology practice at Nemours Children’s Health Jessup Street, Dr. Walls is deeply embedded in the community and invested in advocating for the children of Delaware and beyond.

Wilson Sonsini Goodrich & Rosati announced that  Allurie Kephart  joined the firm’s corporate department as a partner in the Wilmington office.

Wilson Sonsini is a firm best known for its work with technology companies. Its clients include social media company Twitter, which has taken Tesla CEO Elon Musk to Chancery Court over his decision not to buy the company.

Last month,  the firm announced that former Delaware Court of Chancery Vice Chancellor Joseph Slights had joined the litigation department as a partner in the Wilmington office.


Kephart was a partner at law firm Young Conaway Stargatt & Taylor. She joined that firm’s Wilmington office in 2017 and later became partner.

While in law school, Kephart was a judicial intern for The Honorable D. Brooks Smith of the U.S. Court of Appeals for the Third Circuit. Kephart received her J.D. from The Dickinson School of Law at Pennsylvania State University in 2011.

The Wistar Institute in Philadelphia appointed  Michele A. Schiavoni as Vice President of Communications & Marketing.

Schiavoni joins Wistar from the Delaware Prosperity Partnership, where she served as vice president for external relations and led marketing and communications for the economic development organization. She previously held communication leadership positions at Elwyn Foundation and ChristianaCare.

Alison Rainis has been named  Executive Chef Instructor at Vita Nova at the University of Delaware.

After graduating the program in 2016, Alison went on to study at the Culinary Institute of America in Hyde Park, NY.

She has worked in fine dining, grocery stores and large service firms.

Jennifer Brooks, founder and Pesident of GOLO (based near Newark has been named one of the “Top 25 Women Leaders in Consumer HealthTech of 2022,” by the Healthcare Technology Report. Brooks was No. 20 on the list.

The National Alliance on Mental Illness (NAMI) honored James Ellison, MD with the Exemplary Psychiatrist Award for his exceptional contributions to improve the lives of people with mental health conditions.

A specialist in geriatric psychiatry, Dr. Ellison was recruited to Delaware in 2015 to help ChristianaCare’s Swank Center for Memory Care and Geriatric Consultation improve the care of older adults whose lives are affected by neuropsychiatric conditions.