Multiple news sources and the U.S. Attorney’s Office for Eastern Pennsylvania are reporting that cocaine with a street value of $1 billion has been seized from a ship in the city.

Details were scarce although the above Twitter post indicated that members of the ship’s crew have been arrested after 16 and a half tons of the drug were found.

So far, details on the bust have been scarce with federal officials remaining largely silent on the seizure.

Last year, a couple of hundred pounds of the drug were seized at the Port of Wilmington in a pineapple shipment. 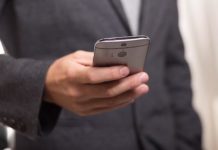