The announcement ended months of speculation and came on the anniversary of the white nationalist rally in Charlotte that claimed one life. In his announcement,  Biden was harshly critical of President Donald Trump’s presidency and his comments regarding the rally.

The core values of this nation… our standing in the world… our very democracy…everything that has made America — America –is at stake. That’s why today I’m announcing my candidacy for President of the United States. #Joe2020 https://t.co/jzaQbyTEz3

Following the rally,  Trump was widely criticized for remarks stating that good people on both sides were at the rally while refusing to disavow white nationalism.

Trump was quick to respond to Biden’s announcement with his own tweet that referred to Biden as “Sleepy Joe” and questioned his intellect.

Biden hopes to recapture that mood that included satire from The Onion website that portrayed the VP as an elderly wildman sidekick to the more sober-sided Obama. Biden, whose father worked at Delaware auto dealerships, does own of Corvette, but no motorcycle.

Democrats  carry the bitter memory of  2016 when Trump won the presidential race over former Secretary of State Hillary Clinton by capturing slender majorities of the vote in Pennsylvania, Wisconsin, and Michigan.

Biden is expected to focus on the “battleground states,” and blue-collar workers after Clinton was roundly criticized for not focusing on that constituency during the final stages of her campaign.

He enters the race that has attracted a record 20 candidates, some of whom are expected to claim that Biden, at age 76,  does not represent the future of the Democratic Party.

With more than four decades in public life,  Biden’s track record includes support of issues that are deeply unpopular with some Democrats, including anti-crime legislation that had the effect of imprisoning a higher percentage of African Americas, often for drug and other non-violent offenses.

Many Delawareans have been quick to defend Biden and point to his political track record in more recent years.

They also point to his ability to overcome challenges that included the loss of his first wife and daughter as well as serious injuries to his sons shortly after being elected to the Senate. A more recent tragedy came with the death of his son and popular  Attorney General Beau Biden.

Still, Biden  has his share of detractors in the state especially among Republican Trump supporters in the southern part of the state.

Trump won both Kent and Sussex counties in 2016.

Biden has reportedly been hitting the phones in seeking donations to the campaign, knowing that he needs to help reduce the herd of Democratic hopefuls. He also used his social media feeds in seeking funds.

Our country is being put to the test, but I’ve never been more optimistic about America. Together we can do this. Make a Day One donation to join us. https://t.co/xfD5pLtmAf #Joe2020 pic.twitter.com/UbLPMfE8Ui 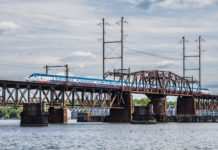