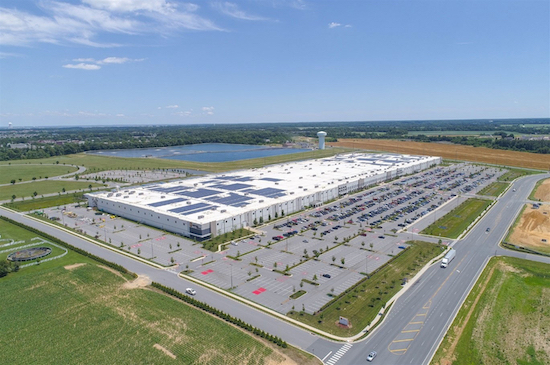 The Delaware Business Times reported the selling price was $118 million.

The New Castle County industrial submarket has experienced growth, with the newly developed Route 301 Bypass improing access to Middletown from Interstate 95. The current lack of easily accessible properties in southern New Jersey, northern Delaware, and eastern Pennsylvania has pushed tenants to seek strong alternate locations, the Middletown area is a premier example of this, a release stated.

Middletown is now seeing plans for “spec” warehouse development that has no announced tenants.

“At AREP, we have sought to invest in those markets where we see growth of both tenancy and rents,” said Doug Fleit, co-founder and CEO of AREP. “We were drawn to this asset in a growing market as demand from logistics and distribution companies along 3PL providers continue to lead market absorption.”

In June, AREP, based in the Washington, DC area,  announced the closing of Fund III with $63 million in equity commitments expanding a mix of public and private institutional investors and family offices.