House Bill 305, the Delaware Marijuana Control Act, would create a legal framework to regulate the cultivation, sale, and possession of marijuana and give small enterprises a shot at licenses.

The bill was released from the House Health & Human Development Committee on Wednesday.

The bill does require a supermajority of legislators for passage since it raises tax revenue. However, Gov. John Carney has also been wary of legalization legislation.

“Today, we heard from numerous members of the public – advocates, veterans, retired law enforcement officers, educators, and even faith leaders – who overwhelmingly testified in favor of legalizing adult recreational marijuana. These residents know what 18 other states already know: legalizing cannabis will create good-paying jobs for Delawareans while striking a blow against the marijuana illegal market,” said Rep. Ed Osienski, D-Newark,  the lead sponsor of HB 305. “Delaware is more than capable of successfully enacting policies for safe and legal cannabis. I’m grateful to the committee for releasing this bill and look forward to taking the next important steps forward.”

HB 305 would also regulate and tax marijuana in the same manner as alcohol. In addition, it would allow adults 21 and older to purchase up to one ounce of marijuana from a licensed retail marijuana store.

The legislation would allow for up to 30 retail licenses to be issued within 16 months of the bill’s effective date.

The bill also would establish a competitive licensing process through the Office of Marijuana Control Commissioner using a scoring system that rewards applicants for paying a living wage, providing employer-paid health insurance, providing a defined benefit pension plan, providing sick and paid leave to workers, hiring more full-time workers, focusing on the diversity of the workforce, and other factors.

HB 305 would establish a marijuana control enforcement fee assessed at the point of sale, set at 15%.

The measure would direct 7% of the marijuana tax revenue to a Justice Reinvestment Fund for disadvantaged communities.

To accommodate the new license pools, more retail and cultivation licenses have been added to the previous version’s totals. The bill allows municipalities to prohibit the operation of marijuana facilities within their borders through local ordinances that are not in conflict with municipal regulations enacted under this law.

HB 305 would not change existing state law regarding driving under the influence of an illicit or recreational drug. It also would not allow individuals to grow their own plants. Public consumption of marijuana would still not be permitted.

Employer enforcement largely would not change. Employers would be permitted to drug test workers for marijuana to ensure any zero-tolerance policies are being followed. 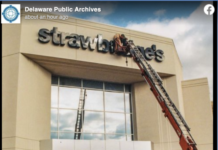