Facebook
Twitter
Pinterest
WhatsApp
Advertisement
A pioneer in the Delmarva poultry industry has filed for Chapter 11 bankruptcy protection in Wilmington. Townsends, Inc. and four wholly owned subsidiaries announced that they have filed voluntary petitions for relief  in the United States Bankruptcy Court for the District of Delaware. The company’s operations are expected to continue during the bankruptcy process as it explores its options.

The privately held company is headquartered in Georgetown, Delaware and was once one of the largest poultry producers in the region. However, its Delaware  processing  operations were sold to Mountaire Farms a decade ago as the company moved into the processing side of the business.
Since that sale, Townsends has kept a low corporate profile in the state.
Prior to the bankruptcy filing, the company appointed a new management team.
“Since 2008, our company has been impacted by record high feed-ingredient costs on the one hand and low chicken pricing on the other,” said Frederick B. Beilstein III,  CEO.  “The Company’s management and its Board of Directors determined that a Chapter 11 filing was a necessary part of the company’s restructuring.   We believe that it will allow us to best serve our stakeholders, including our customers, our vendors and our employees.”
In conjunction with the filing, the Company is seeking approval to enter into a $52 million debtor-in-possession financing facility, to enable normal operation of its business, including the timely payment of employee wages and other obligations.
During the Chapter 11 process, suppliers should expect to be paid for post-petition purchases of goods and services in the ordinary course of business.
For access to Court documents and other general information about the Chapter 11 cases, please visit www.donlinrecano.com/to
Townsends, Inc. is a third-generation, family-owned, vertically integrated poultry processer. Since its founding in 1891, it has grown to one of the leading poultry processing companies which sold 683 million pounds of poultry products in 2009. The company operates facilities in Arkansas, North Carolina and Georgia.
Advertisement 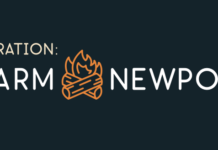 KIDS Fund to host annual Camping Out for Coats on Nov. 11