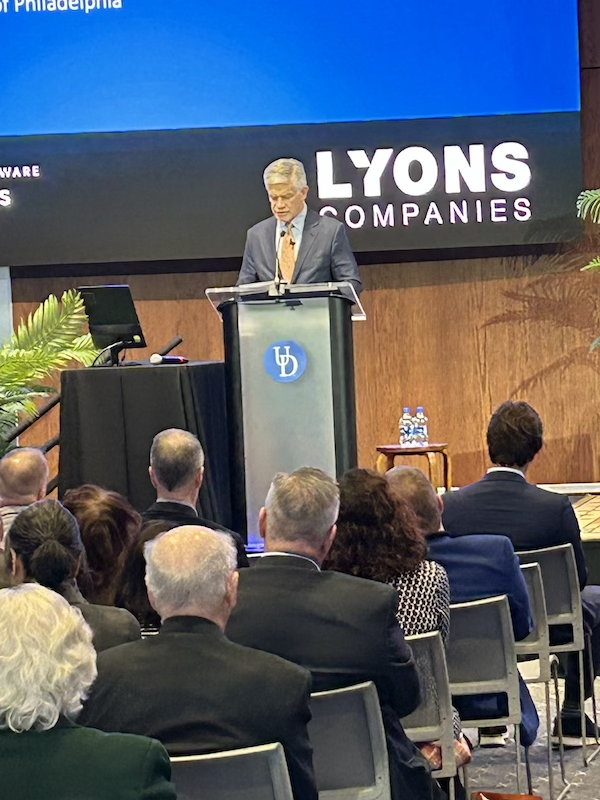 Federal Reserve Bank of Philadelphia President Patrick Harker continues to see the anchor economy or “eds and meds” as a key component of the economy.

Speaking at the annual Economic Forecast sponsored by the Lerner College at the University of Delaware and Lyons Companies on Wedneday Harker said education and health care are key elements of the economy. Unlike manufacturing and other sectors, healthcare and education jobs are anchored

Harker spoke at the University of Delaware’s STAR Campus, which was first anchored

The Federal Reserve Bank of Philadelphia last year launched a nationwide database that calculates the impact of the anchor economy.

According to Harker, Delaware’s dependence on the anchor economy is higher than the national average.

However, he acknowledged the contrasting challenges facing both education and health care.

Healthcare is still dealing with the effects of Covid-19 and economic pressures that have led to the closing of hospitals in Philadelphia and other areas, as well as a physician and nurse shortage.

Education, by contrast, faces demographic challenges, with fewer young people. At the same time, the number of foreign students has declined. The northeast is feeling these trends more acutely than other parts of the country, due to the high concentration of colleges and universities.

“Meanwhile, the ever-rising cost of education and health care means that more people may be priced out of accessing eds and meds altogether, which is both a humanitarian concern and an economic one,” Harker said in prepared remarks.

In an earlier speech in Delaware Harker mentioned the Anchor Economy Initiative and central Pennsylvania having a larger “eds and meds” presence than northern Delaware, due to the presence of a medical school.