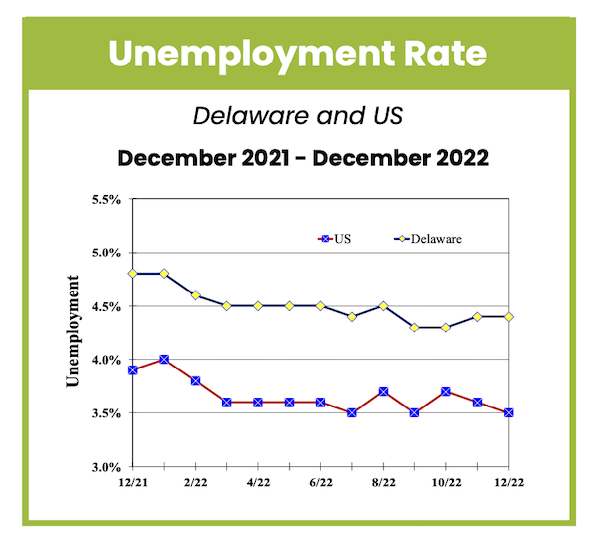 The department reported 21,700 unemployed Delawareans in December compared to 23,900 in December 2021.

A factor in the latest figures was a decline in the labor participation rate – those employed or looking for jobs.

Pay gains overall remained weak, up 1.7% from a year ago as inflation shrunk buying power.

A couple of categories bucked the trend, with business services up nearly 6% and trade, transportation and utilities rising nearly 8%