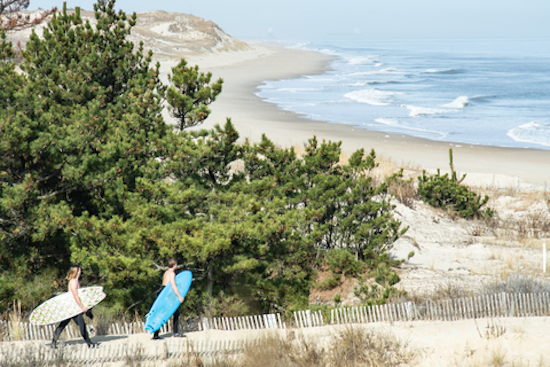 DNREC has a thorny issue on its hands in the form of fierce opposition to a restaurant at Cape Henlopen State Park. According to the parks side of DNREC, the restaurant idea out of visitor surveys indicating that park users wanted a higher level of food service as well as improvements to visitor amenities.

A Rehoboth restaurant operator, La Vida,was successful in its bid to manage the concession at the park, with the possibility that a restaurant along with upgraded restrooms could go into operation. The result was outrage among some residents, who quickly dominated the discussion with a protest and passionate letters to the editor.

We’ve seen this movie before in Coastal Sussex. Perhaps we boomers are going back to our ’60s protest roots. There is also talk of a trust that opponents claim bars profit-making activities at the park. We may see that claim end up in Chancery Court.

DNREC and its parks division did not grasp the potential for a firestorm but adjusted with a public meeting to solicit feedback on the restaurant proposal. The meeting is slated for Cape Henlopen State Park Monday, Dec. 5, from 5:30 to 7:30 p.m. The results of the meeting will be predictable. After all, year-round park-goers feel a sense of ownership.

DNREC, while taking the heat, will politely point out that the park is for all visitors. Some might say the park should have remained on the primitive side. But the reality of the situation is that Cape Henlopen, thanks to its unique qualities, will see heavy usage, no matter what the neighbors think. That necessitates better restrooms and, God forbid, a restaurant.

Anyone unable to attend the Dec. 5 public meeting but wants to offer their views on the proposed restaurant can do so by visiting destateparks.com/contact and selecting “Cape Henlopen Restaurant Proposal” from the Delaware State Parks location drop-down menu. – Doug Rainey, chief content officer