Gas prices in Delaware dropped another 15 cents during the past week, according to a Saturday report from AAA.

Nationally, the price decline was the steepest since early August. Driving the decline were fears of an economic slowdown worldwide.

AAA’s Fuel Price Finder showed gas prices in Delaware falling below $3.40 a gallon in a number of locations. Some locations require cash for the lowest price in return for not paying credit card fees.

“Gas prices are dropping nationwide, with some of the largest decreases happening on the West Coast,” said Andrew Gross, AAA spokesperson. “But the West also has the farthest to fall because its prices are so elevated. For instance, California is still $1.50 higher than the national average.”

Crude oil was trading at nearly $80 a barrel on Wednesday morning.

Still, Delaware’s gas price for regular is still 10 cents a gallon higher than a year ago.

It translates into the cost of filling a vehicle with a 15-gallon tank of $51, well below the nearly $71 six months ago and about $2 higher than a year ago. 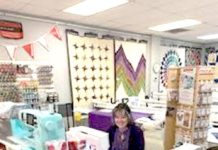