Delaware has reached a settlement with Walmart to resolve allegations that the company contributed to the addiction crisis by failing to appropriately oversee the dispensing of opioids at its stores.

The settlement will provide $3.1 billion nationally and will require improvements in how Walmart’s pharmacies handle opioids, according to a release from the Delaware Attorney General’s office.

State attorneys general on the executive committee, attorneys representing local governments, and Walmart have agreed to this settlement, and is now being sent to other states for review and approval. The settlement will include:

Delaware’s portion of the settlement is estimated at $11.8 million.

The parties are optimistic that the settlement will gain the support of the required 43 states by the end of 2022, allowing local governments to join the deal during the first quarter of 2023.

Last month, states confirmed that promising negotiations were also underway with Walgreens and CVS. The parties continue their efforts to achieve the agreements.

The settlements came amid allegations that manufacturers and retailers were aware that opioid sales and production far exceeded legitimate demand for pain treatment. 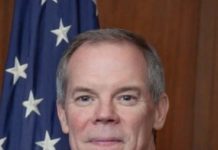 My take: Can federal Judge Connolly shine a light on a shadowy corner of patent law? 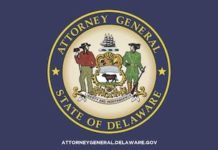