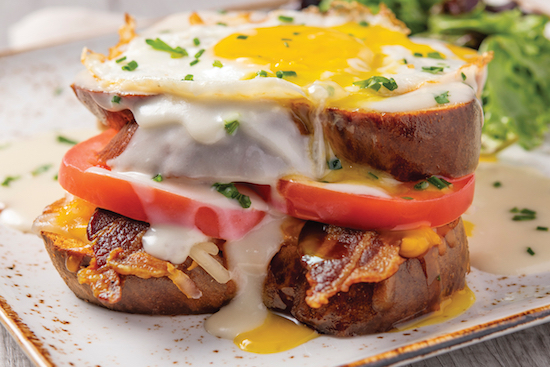 First Watch has opened its second Delaware location at Barley Mill Plaza, near the Wegmans market, which is slated to open late this month.

The Barley Mill location is the second in Delaware for the 445-unit breakfast and lunch spot. The other restaurant is in the Christiana-Stanton area across from the Delaware Tech campus.

The new restaurant features a  dining room, covered patio, and bar, is located at 300 Buckley Mill Road. It employs around 30 people.

“Ever since we opened the doors to our first Delaware restaurant in Newark four years ago, we’ve seen just how responsive customers have been to First Watch’s unique brunch offering, so naturally we wanted to bring that experience to more of our neighbors,” Robert Glen, vice president of operations stated in a press release. “As this beautifully designed community at Barley Mill continues to develop and welcome more residents and visitors alike, we’re proud to be among the first to plant roots here.”

The Barley Mill location will have less competition than the Christiana restaurant, which has a number of breakfast-lunch options for diners that include Turning Point, Metro Diner, and Eggspectation.

Kid Shelleen’s is planning a mid-October opening for its second location in Branmar Plaza in north Wilmington.

It will join the original location in the 40 Acres area near Trolley Square in Wilmington.

Harry’s, led by Xavier Teixido, has been a key player in the local restaurant industry, with its alumni going on to become owners, managers and chefs here and elsewhere.

The last rib has been smoked at Famous Dave’s.

The restaurant in the Christiana Town  Center was the last location for the chain in the Delaware Valley and Delaware.

A restaurant off Route 202 in north Wilmington about four years ago.

Famous Dave’s got its start in Wisconsin and expanded over the years,  mainly in the Midwest.

Barbecue face stiff competition from local grill masters (some gaining recognition and prizes on the contest circuit,  who can park their smokers in a low-cost  location.

Famous Dave’s still has locations in the Washington, DC area.

Dunkin’ in Bear gets a makeover

The Dunkin’ is  located at 1200 Pulaski Highway (Route 40)  next to a soon-to-open Chipotle and just down the road from  a new Wawa at Routes 40 and 7 that replaced a location that was razed earlier.

The restaurant will host a grand reopening on Oct 22, at 9 a.m.

The revamped location features Dunkin’s latest store design, minus the mention of doughnuts on signage.

Also featured is a new on-the-Go drive-thru lane lets DDPerks members who order ahead through the app bypass the order lane and head straight for the pickup window.


Energy-saving features, kiosk ordering  and a cold beverage tap system are on the list of improvements.