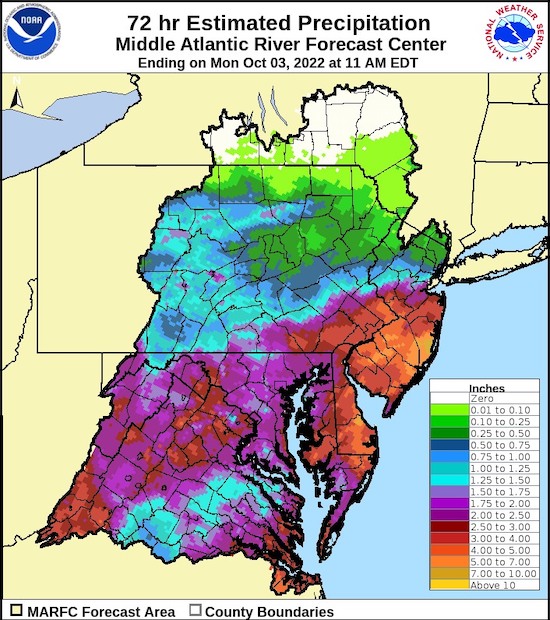 The National Weather Service revised a forecast on Monday that calls for more rain and coastal flooding into mid-week.

On Monday night, Route 1 was closed on the south end of the state due to flooding. The route late reopened.

Advertisement
In Delaware, coastal flooding will remain a problem with rainfall amounts higher than was initially  forecast. Street flooding was reported in  Coastal Sussex County 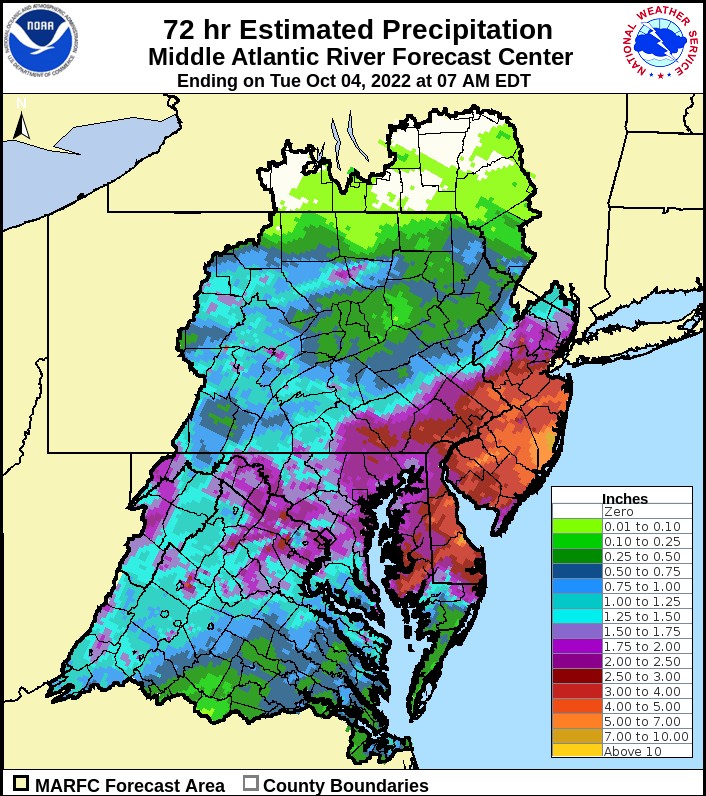 Minor to moderate coastal flooding is expected, especially at high tide.
Service on the Cape May-Lewes Ferry was canceled for Sunday and Monday.
The forecast led to the cancelation of a number of outdoor events last weekend.

Due to the weather conditions expected for Lewes during the weekend, the Univesity of Delaware’s annual Coast Day science festival has been canceled.

While Coast Day is a rain-or-shine event, the amount of rain expected over the weekend, the potential for coastal flooding, and the forecast of strong, sustained winds hinder the ability to use outdoor spaces safely.

Limited capacity in UD’s Lewes campus buildings also means the event cannot be hosted indoors, according to the UD announcement.