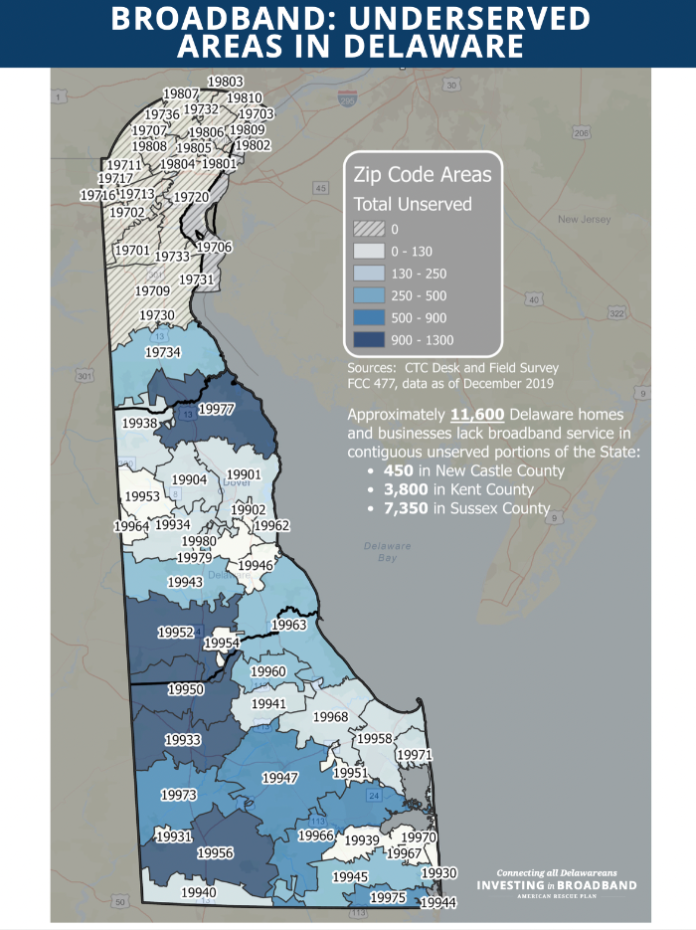 An ambitious program to bring broadband internet to areas of the state is getting underway.

Three of the four cable companies operating in Delaware will share in the nearly $45 million grant that is part of a $110 million program announced earlier,  Fierce Telecom reported. The money comes from the American Rescue Plan Act. 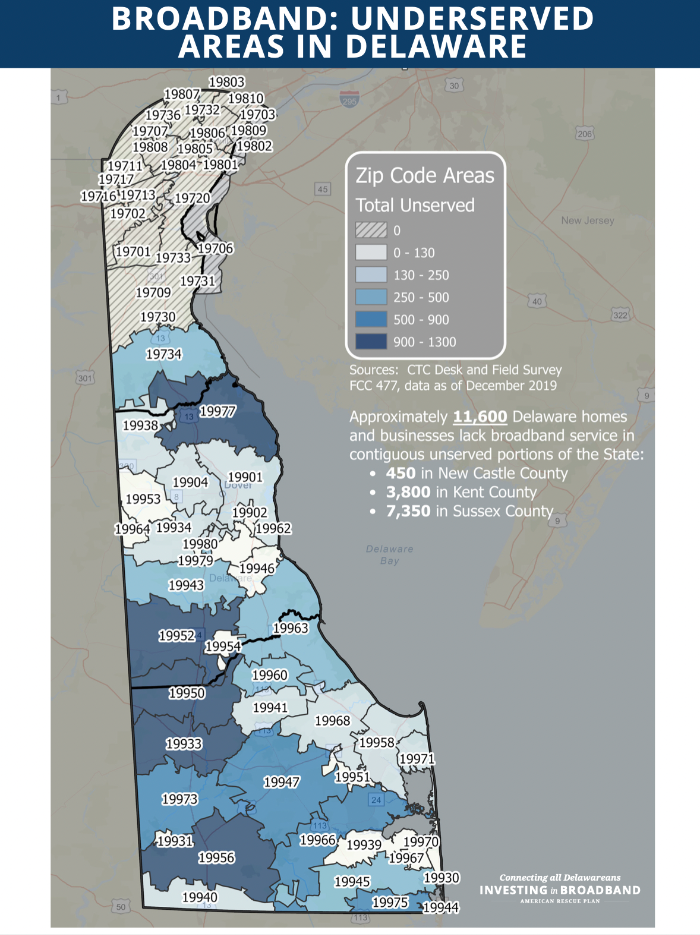 (Graphic from the State of Delaware)
Comcast will get $33 million, with Mediacom and Verizon splitting the remainder. Not a part of the program is Breezeline, formerly Atlantic Broadband, the cable carrier serving Middletown and adjacent areas.

The expansion will bring cable service to some of the  11,600 households that lie just outside the territories of the three companies.

Thanks in part to competition between Verizon FiOS and Comcast, northern Delaware has among the highest internet speeds in the country. However, scattered areas of the state are outside any cable system’s territory and have slow speeds.

During the earlier days of Covid-19, we saw photos of at-home students going outside to get a faint wireless internet signal.

Areas with slow access are mainly in the southwestern side of the state, To the north, a large underserved area exists within the Smyrna zip code.

Many of these zones are seeing substantial population growth from new home construction.

The cable-first approach has gotten scattered criticism since it subsidizes giant companies for  extending their systems. It is true that residents of some of the new developments within the underserved area could afford an extra charge for broadband, which also brings cable service.

Back in pre-internet times, people paid hundreds of dollars for cable installation, a figure that would run into the thousands in today’s dollars. .

Still, using existing providers is considered to be the most efficient way to expand  broadband internet.

Also, the Covid-19 pandemic and issues with remote access for reliable internet access for students. Even with the waning of the pandemic, such access is needed for summer instruction and perhaps one day year round school that would deal with summer knowledge leakage.

Other benefits include getting high-speed access for farmers, small businesses.  and remote workers.

Even when cable companies expand their systems, a lot of money will remain on the table under the $100 million-plus program.

Critics have sound arguments.   but spending funds for tangible improvements in broadband infrastructure will spur the state’s economy in ways that handing out $300 checks does not. – Doug Rainey, chief content officer.