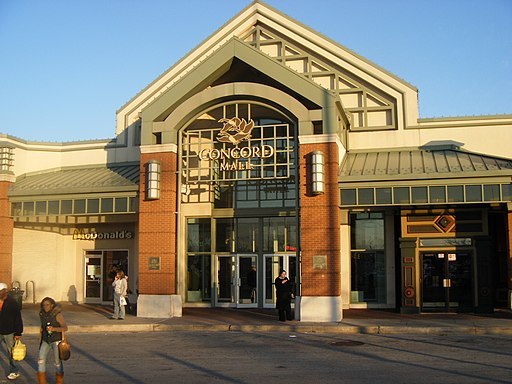 80% occupancy as independent retailers fill space; A new life for the Burger King?

Two years after its longtime owner gave up on Concord Mall, the state’s second-largest shopping center has doubled its occupancy rate, attracting an influx of local independent retailers and nontraditional service providers.

On a recent weekday afternoon, foot traffic at the mall was brisk. Families getting ready for the upcoming school year shopped at national retailers, like Foot Locker, Famous Footwear and H&M. They also patronized smaller, locally owned boutiques, including City Blue and Good Vibes.

“Back-to-school shopping was very good for us,” says Tom Dahlke, the general manager.

He came on board in January 2020, when Wilmington-based Allied Properties sold the mall to Namdar Realty Group, a Long Island, New York, firm that specializes in distressed properties.

At the time, the mall occupancy rate was down to about 40% and Sears was poised to exit its 180,000-square-foot anchor store.

Then things got worse. In March 2020, the mall closed for several months when non-essential businesses went on lockdown during the COVID-19 pandemic.

Today, occupancy is 80%, boosted, in part, by a migration of small businesses from the moribund Tri-State Mall in Claymont, including City Blue and several other youth-oriented apparel stores and Kim’s, a nail, waxing and lash salon. Tri-State’s demolition will make way for a massive logistics center.

“People want to support their local businesses. I think people are looking for that connection,” Dahlke says.

Cleopatra, an indie boutique that focuses on clothes and jewelry imported from the Middle East, is celebrating its grand opening. Another newcomer is The Catch@Concord, a 4,300-square-foot events venue that can be booked for events ranging from baby showers to business seminars.

“They will bring a lot of people into the mall who will want to do other things when they are here,” he says. “It’s good business for them and for the mall.”

In September, the Selfie Museum will open, a venue in which patrons pay a small entry fee and use staged sets such as a grocery store or park as a backdrop for TikTok videos, Facebook Reels, and Instagram posts.

It’s part of a strategy to attract younger patrons, many of whom haven’t developed the connection with shopping malls many of their parents had when they were coming of age. Also in the works is a virtual lounge, where visitors can play games and explore the 3-D realm. “Virtual reality lounges will become what the old pinball and gaming arcades used to be,” Dahlke says.

Concord generated national media buzz recently when the mall revealed a Burger King built in 1986 that had been preserved unchanged behind a temporary wall since it closed in 2009. The mall manager and Burger King currently are in talks, in hopes the fast-food restaurant will return to Concord, keeping the pink and turquoise décor just as it is. “Those Miami Vice colors are truly nostalgic,” he notes.

There are no plans as yet for the dark Sears anchor, which is owned by Transformco, Sears’ holding company. Dahlke says there isn’t much interaction between the mall owner and Transformco but he is hopeful the square footage will someday be put to good use.

“It’s a huge amount of space, ideal for entertainment,” he says.