Advertisement
The  Great Wolf Lodge in Perryville, MD is on track to open about  a year from now.
A topping-off ceremony was held late last month with Cecil County officials to mark the completion of the final pieces of the external structure.
The price tag is a quarter of a billion dollars.
Perryville will be Great Wolf’s  20th resort in North America and its largest, with 700 suites, a 126,000-square-foot water park, restaurants, and meeting space.
Rates start at about $225 a night for those booking early. Day passes will be available for families who don’t want to spend the night at the hotel.
Great Wolf got its start by building a hotel waterpark in the waterpark haven of  Wisconsin Dells and went on  to develop sites  around the nation. The company typically operates in resort areas like the Poconos  but has since been expanded  its footprint to other sites that draw families. The company is headquartered in Madison, WI.
Local and state tax incentives were used in bringing Great Wolf to a site near Interstate 95 west of the Delaware line.
Reservations are now open for August 2023 visits. Further information is available at https://www.greatwolf.com/maryland.
Click here for an earlier story.
Advertisement 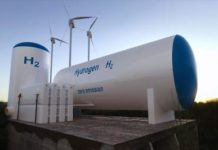