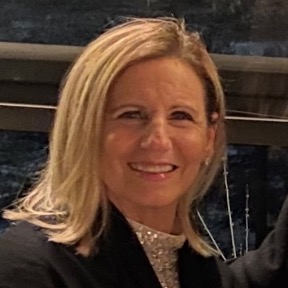 By Kathleen Rutherford, A Better Delaware

Recently HB 435 was introduced in the Delaware House of Representatives.

Otherwise known as Community Workforce Act, this bill would require that all state funded construction projects totaling over $3 million must be completed by union only project labor agreements.

This decision would have disastrous consequences to Delaware’s economy. Currently, over 80% of construction work inside the state is done using non-union contractors. Taking away their ability to bid on high-cost projects would diminish competition in the bidding process and potentially lead to less-than-ideal results.

Non-union employees should have an equal opportunity to complete state funded construction projects, otherwise contracts may not be awarded to the people who will perform the best work at the best price.

The bill claims that allowing these large public works construction projects to be governed by a Community Workforce Agreement with labor organizations would “provide structure and stability and promote efficient completion.”

It comes as no surprise that placing limiters on the labor market leads to diminished results. Delaware is no stranger to construction projects running over budget and over the expected time constraints, but this would only exacerbate the issue.

The recent Federal Bipartisan Infrastructure Law (championed by Tom Carper, Chris Coons, and Lisa Blunt Rochester) would give Delaware $48.5 million over a five-year period to address at-risk coastal infrastructure. Allowing this work to only be performed by union contractors would hinder these infrastructure projects.

One key way that states have prohibited this is by enacting bills to prohibit government-mandated PLA’s.

Florida passed HB 599 in 2017, which required that construction projects that are projected to cost more than $200,000 must be competitively bid on. It also prohibits local governments from imposing discriminatory pre-bid mandates onto contractors when the project they are working on receives more than 50% of its funding from the state.

Bills like this attempt to mitigate the excessive costs and lower quality that unnecessary government mandates have on public construction projects.

Wisconsin took a similar approach to the issue by signing SB 3into law. This bill prohibits the government from mandating PLAs on state or local construction projects. The difference between this bill and HB 599 is that it still allows contractors to use PLAs with unions if they are operating outside of the governments method of ensuring fair competition.

The goal of this bill was to create a fair and level playing field for publicly funded construction contracts by increasing competition and helping smaller businesses.

To keep Delaware on the right path to economic prosperity, it is essential to prevent barriers like HB 435 from hindering competition between contractors.

With projects like these being funded by taxpayers, it is important to make sure that the best possible contractor receives the contract after they have demonstrated the ability to perform the job at the lowest cost and shortest timeframe.

Contractors should have an equal opportunity to work on state-funded construction projects regardless of their decision to affiliate with a union or not. It is the responsibility of the state government to be fiscally responsible and avoid showing any signs of favoritism to union contractors by mandating PLAs.

Guest views do not necessarily reflect the views of Delaware Business Now. Alternative views are welcome and can be sent to drainey@delawarebusinessnow.com.