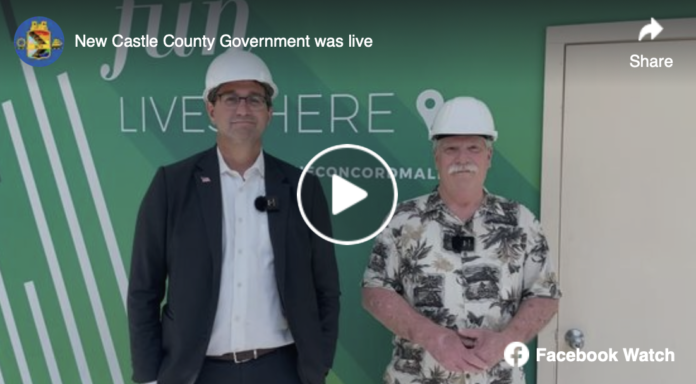 New Castle County Executive Matt Meyer  Thursday could not resist getting a peak at a Burger King that closed more than a decade ago but remained intact.

Meyer posted the video Wednesday  of a Burger King space  that was never leased to another tenant at the aging mall.

A temporary promotional wall typically used when stores close hid the fast-food spot, with the owner-franchisee or mall ownership never returning to remove seating and equipment.

The photo went viral this week after the tweet below was posted.

A fully intact vintage Burger King was found behind a wall at the Concord Mall in Wilmington, DE. This photo was snapped by Jonathon Pruitt April of 2022. pic.twitter.com/G3V3SnJM3J

The Home of the Whopper even had some leftover trash when Meyer and a mall official took a quick tour of the 1980s-vintage restaurant with teal and mauve decor.  Still on hand was seating with an ’80s look and even beverage dispensers.

Concord Mall, which has struggled with a rising vacancy rate over the years, has new owners that are working to attract tenants. The Burger King reported occupied 5,000 square feet.