Last week, I noted that a legislative deal that would send each state income tax filer $300 was better than Maryland’s gas tax holiday.

It turns out that Maryland legislators and Gov. Larry Hogan had a well-thought-out tax relief measure in the works.

What emerged this week was a nearly $1.9 billion program over five years. The legislation is heavily weighted toward tax relief for senior citizens and a few other tweaks.

With the costs spread out over five years, the Maryland relief package is affordable even if a recession rears its ugly head as the Federal Reserve hikes interest rates as a way to battle inflation.

By contrast, the Delaware proposal is “one and done,” with that money becoming only a fond memory a year from now.

None of this is to suggest that Delaware should copy and paste the Maryland proposal.

Seniors in Delaware already benefit from the lack of a sales tax and lower property taxes.

Instead, it would have been better to make modest yearly reductions in the state’s top income rate of 6.6%. That figure kicks in on annual incomes of $60,000  a year, a number that affects many seniors and most working families.

Adjusted for Delaware’s smaller population, the cost of the equivalent of Maryland’s relief package in Delaware is $350 million, or $70 million a year.

Delaware’s “one and done” plan pours a $187 million “sugar rush” into the economy, with the current tax structure remaining unchanged.

Maryland is thinking long-term, an approach worth serious consideration in Dover. 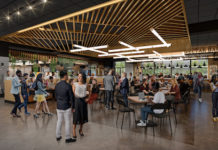