Zip Code Wilmington (Under 50 Employees):
Hiring service members and veterans is always top of mind for Zip Code Wilmington. The organization’s executive director is Desa Burton. She is a U.S. Navy veteran who spent ten years as a Surface Warfare Officer in the U.S. Navy and Naval Reserve.

Zip Code provides individuals with resources to learn and grow their technical, interpersonal, and leadership skills in attaining a competitive developer job and increasing their earning potential following military service.

M. Davis & Sons, Inc. (Over 50 Employees):
M Davis & Sons has worked to grow their field force and engineers by recruiting from the military. Currently, 23 veterans are full-time employees of the company.

M. Davis & Sons are involved with the U.S. Department of Defense SkillBridge Program, which recruits from all branches of the military worldwide and allows participants to enter a program from a participating company and work for six months for that company while maintaining their military status and pay.

M. Davis & Sons also created an internal “Pre-Apprenticeship Program” which allows these military people to work for three-to-six months in one or more trades to gain more exposure. Upon completing the program, trainees could be offered a full-time position with enrollment in a paid apprenticeship program. Additionally, M. Davis & Sons offers in-house craft training classes for welding, electrical, and project management.

Center for the Inland Bays announces ‘Friend of the Bays honorees

The Delaware Center for the Inland Bays is proud to announce this year’s recipients of the “Friend of the Bays” Awards, an honor given to individuals, volunteers, and businesses for their support, partnership, and volunteering excellence.

The center recognized Ørsted, Sussex County Representatives and Senators in the Delaware General Assembly, and volunteer Richard Watson as the 2021 “Friend of the Bays” awardees.

Ørsted is a multinational power company that offers wind power, solar energy and storage, and renewable hydrogen to countries and companies worldwide. Locally, they’re working on the Skipjack projects, which seek to bring offshore wind power to the region. The company earned this year’s “Friend of the Bays” Business Award for their commitment to sustainability and their support of the Center’s efforts to protect and restore the Inland Bays.

Sussex County Representatives and Senators of the Delaware General Assembly were presented with the Partner Award for their support of the James Farm Ecological Preserve and their long-standing collaboration with the center to protect and restore the Inland Bays. Accepting the award on their behalf were Reps. Ron Gray and Ruth Briggs King.

The third 2021 “Friend of the Bays” Volunteer Award was presented to Richard Watson for his help during the Inland Bays Clean-Up, bay grass mapping and restoration, oyster reef planning, salt marsh monitoring, and several other activities, including building maintenance.

The Delaware Center for the Inland Bays is a nonprofit organization established in 1994 and is one of 28 National Estuary Programs. The Center works to preserve, protect, and restore Delaware’s Inland Bays and their watershed with its many partners.

ChristianaCare was honored by the Delaware Employer Support of the Guard and Reserve (ESGR) has given three honors to ChristianaCare.

ChristianaCare CEO Dr. Janice Nevin, M.D., MPH, and Constance Przybylek, administrative director of perioperative services, received EGSR’s Patriot Award, which recognizes supervisors for the support provided to service members in the Guard or Reserve, such as flexible work schedules and assistance during deployment.

ESGR is a Department of Defense program that promotes supportive work environments for service members in the National Guard and Reserve.

Natalie Torres, director of Inclusion and Diversity for ChristianaCare, said these awards are especially meaningful because they were the result of nominations from a ChristianaCare caregiver who is currently a service member.

“It’s great for us to have veterans and service members who can bring their brilliance to the job. It’s good for caregivers and for our patients,” Torres said. 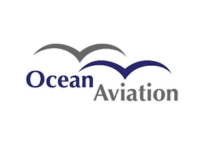