The Tuesday summary from the Delaware Division of Public Health reported seven new deaths as the toll from the virus passed 2,700.

Of those who died, three were residents of Kent County, three were from Sussex and a single death was reported in New Castle County.

Those who died ranged in age from their 60s to their 80s. All seven had underlying health conditions, and four were not vaccinated, while 3 were fully vaccinated. The deaths increased Delaware’s total number of COVID-related fatalities to 2,702, roughly the equivalent of the population of Townsend in southern New Castle County.

• 7.2% of total tests were positive in the seven-day rolling average, down half a percent from the previous day.

.• 118 current hospitalizations, down 9 from the previous day), including 10 individuals in critical condition.

• 5 new hospital admissions, down one from the previous day.

• 3,617 tests performed daily in the seven-day average (down 30 from the previous day.

For more data, including breakdowns by age, sex, race/ethnicity, at the statewide, county, and, in some cases, ZIP code or census tract level, click here 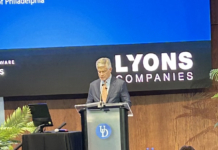