Gov. John Carney on Thursday presented a nearly $5 billion  Fiscal Year 2023 Recommended Budget in a virtual address as the state deals with a Covid-19 surge that shows signs of abating.

The budget comes with none of the tax cuts proposed by Republican legislators or two additional tax brackets for higher-income families proposed by progressive Democrats.

2023 Budget highlights from the Governor’s office 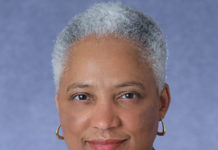