David C. Weiss, U.S. Attorney for the District of Delaware, announced that a resident of Bear was sentenced this week to 36 months in prison on charges of wire fraud, bank fraud, and money laundering involving banks, the Social Security Administration, and Sutter, a northern California hospital system.

Losses from the defendant’s schemes totaled about $225,000, according to prosecutors.

According to court documents and testimony at the August trial, Aaron Davis, 44, engaged in a series of schemes with unknown accomplices to defraud the Social Security, Sutter Health, Citizens Bank, and SunTrust Bank between July 2017 and October 2017.

One scheme involved opening bank accounts; depositing money fraudulently taken from Sutter Health and the SSA into those accounts, and withdrawing the money before the funds could be verified.

U.S. Attorney for Delaware David Weiss stated, “In a matter of only four months, Mr. Davis successfully stole approximately $225,000 while attempting to steal almost $1.3 million.  His schemes victimized the SSA, a nonprofit healthcare company, and banks, all of which provide vital services to millions of individuals across the country.  I commend the FBI and the SSA Office of the Inspector General for their steadfast commitment to ensuring justice in this case.” 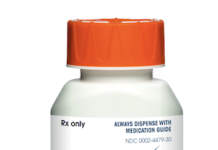