“Our family and those on the selection committee are excited to have chosen and now share that John is this year’s recipient in honor of my grandfather, Marvin S. Gilman,” said Brett Gilman Smith.

A Milford native, John Burris founded and served as president of Burris Bandag and Kent/Sussex Tire Service, Inc. in 1971. He also worked in the family-owned business Burris Logistics as vice president from 1971 to 2021. He currently serves as vice-chairman of MediGuide International, LLC and chief executive officer of The Burris Firm.

Burris was elected to the Delaware State House of Representatives in 1976, where he served three terms, including the roles of Minority Leader in 1978 and Majority Leader from 1979-1982. He was the first Republican in 20 years elected to represent the 36th District.

During his tenure, some of the accomplishments included leading the effort to save the Chrysler plant, retain 3,500 jobs in Delaware, and — as Majority Leader — helping to secure the passage of the Financial Center Development Act, which brought more than 45,000 financial jobs to the state.

In addition to serving in the Delaware General Assembly, Burris ran in 1984 as the Republican candidate for U.S. Senate against now President Joe Biden and for Governor of Delaware in 2000.

He joined the Delaware State Chamber of Commerce in 1990 as its president. Many programs that still exist today were created during his tenure, including Delaware Principal for a Day, Superstars in Education, opening a tourism office in Bridgeville, creating the Delaware Public Policy Institute, and re-engaging the Delaware Manufacturing Association—an affiliate of the National Association of Manufacturers.

“It’s people like Mike Uffner, Mark Stellini, Bill Topkis, and others who kept telling me that the State Chamber isn’t just a chamber to large businesses; it was small business who was the rock bed of the organization,” said Burris upon accepting the award.

It was for this reason that the Small Business Alliance (SBA) was established to better connect the organization to Delaware’s small business community and advocate on their behalf. In addition, the SBA named and created the Marvin S. Gilman Superstars in the Business awards program, now in its 23rd year of spotlighting small businesses and nonprofits in the state.

“Many of the programs and initiatives we manage today—programs that our members believe in and are impactful to Delaware—trace their origins to John’s tenure as president of the State Chamber,” said Michael Quaranta, current president of the State Chamber. “I would be fortunate, as would any leader, to have that degree of success one day. His is a legacy of accomplishment.”

“Ten of the best years of my life were at the State Chamber. This tribute means a lot to me, and it’s a full circle,” Burris said.

The awards event also honored eight companies as Superstars in Business and Award of Excellence winners. Winner videos and event information can be found at www.dscc.com/superstarsinbusiness. In addition, the program included remarks from Dave Heller, president, and CEO of Main Street Baseball and managing partner of the Wilmington Blue Rocks. 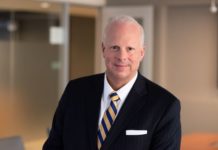