Dawn Hill, a former employee of the Controller General’s Office was found guilty in connection with a scheme that deprived a retiring Legislative Hall employee of  a farewell vacation overseas.

The charges pertain to the theft of personal funds raised by various elected officials including state representatives, state senators, and the governor, among others as a retirement gift for a longtime Senate employee.

The indictment alleges that the money was collected by  Hill and deposited into her bank account. The victim did not receive the collected money.

Hill was accused of misappropriating the funds for herself for over a year. In an attempt at restitution. It is alleged that  Hill wrote a check to the victim for $2,790 on her personal account, which had been closed for over nine months.

“Today, a former public official — someone who was responsible for the General Assembly’s fiscal accountability — is guilty of stealing from a lifetime public servant,” Delaware Attorney General Kathy Jennings stated. “I’m grateful to the Delaware State Police for investigating, Dave Skoranski and our Division of Public Trust for prosecuting, and to the jury for sending a clear message that no one is above justice.” 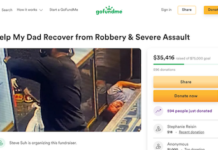 Top trending: Remains of Ian to hang around until mid-week