Delaware continues to report an average of 400  daily cases of Covid-19, with three deaths reported on Wednesday.
Separately, the University of Delaware reported 105 positive tests for the virus, despite a 90% vaccination rate among students. The UD figures will be added  into the state figures.
The Wednesday numbers (A)
For more data, including breakdowns by age, sex, race/ethnicity, at the statewide, county, and, in some cases, zip code or census tract level, click here.
(A) Wednesday figure are based on information on Tuesday night)
Advertisement 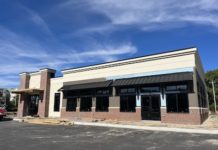