Despite the challenges stemming from Covid-19, Delaware ranked first in a report issued earlier this year on the percentage increase of new home building permits.

Delaware recorded a 27 percent gain, above the figure for No. 2  Arizona.

The report from  NeighborWho shows that housing demand increased by 14% in 2020, prompting the largest number of building permits issued since 2007 –  before the housing market collapse in the Great Recession. According to an analysis of government data, the more than 979,000 new homes represent the largest number of building permits issued since 2007 before the housing market collapsed in the 2009 recession.

NeighborWho examined newly released 2020 single-unit home building permit data from the US Census Bureau to find which cities and states had the highest percentage increase in this new home construction boom and the highest total number of housing starts.

A sizable amount of the home building in Delaware was in Sussex County, which is seeing an influx of retirees. Other growth areas include Kent County and the Middletown area in New Castle County. 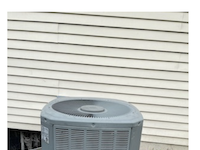