The Delaware Council on Development Finance unanimously approved a $19 million grant for a pharmaceutical manufacturing site in Middletown.

Members approved a  proposal from a unit of China-based WuXi AppTec. The advisory panel, made up of private and public representatives, sends its recommendations to the state’s Small Business Director for final action.

The project, to be built in phases, could employ 1,200. A decision from the company on whether to proceed is expected in the next two weeks.

According to a presentation, the project’s first phase would consist of 600,000 square feet and would employ 479 people.

Plans call for an aggressive construction schedule, with ground broken in the middle of next year with the site going into operation in 2024.

Council members, who serve in the Delaware General Assembly did ask that Delaware contractors get consideration in bidding for the project.

While the project will involve competitive bidding, project managers have been in touch with the contracting community.

The Philadelphia Business Journal (hard paywall) reported last week that WuXi AppTec has leased 372,000 of space in the Philadelphia Navy Yard and uses the space for where it contract testing, development, and manufacturing. It also has a smaller site in the King of Prussia, PA area.

A subsidiary of WuXi AppTec was earlier identified as the party seeking zoning approval for a 187-acre site on Levels Road in an industrial-business park area of Middletown.

The Middletown Council, earlier this month, gave preliminary approval to the plan that had been code-named “Project Dragonfly” before the name of the company was identified on the Town Council meeting agenda.

The $19 million would be the largest grant sought by a company in a decade or more. Officials from the Delaware Division of Small Business told council members the state has $20 million available for the project.

The Bond Bill, which will see final action this week from the Delaware General Assembly, has $35 million allocated for upcoming fiscal years, which begins in July.

Grants come with “clawback” provisions that allow the state to seek money when a company does not live up to its commitments.

The proposed financial package is comparable in size to the package obtained by Fisker Automotive in its attempt to build a mass-market hybrid electric-gas vehicle at the former GM Boxwood plant, soon to be the site of an Amazon fulfillment center.

Fisker later filed for bankruptcy protection. While the Chinese auto parts and electric bus maker that bought the remains of Fisker paid back property taxes, much of the $20 million from the state was lost.

Fisker founder Henrik Fisker has raised more than $1 billion in an effort to build an all-electric crossover vehicle. Apple supplier Foxconn is slated to build the vehicle.

A representative of the state Libertarian Party was the only person to speak out against the project. The party does not believe the government should be involved in providing incentives for private businesses.

The spokesperson also pointed to the Fisker project as an example of what she saw as the state’s poor track record in investing in large projects.

(This story will continue to be updated.) 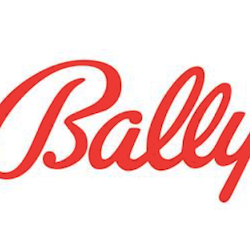