U.S. Customs and Border Protection agriculture specialists in Philadelphia and Wilmington, recently intercepted two destructive insect pests – an Ochrostomus sp. (Lygaeidae), commonly known as a seed bug, in a shipment of Brazilian grapes on October 5, and Diaphania sp., commonly known as a cucumber moth, in a shipment of Costa Rican pumpkins October 7.

Ports   in Pennsylvania, Delaware and New Jersey rank first  for imported produce for 17 produce products, including popular fruits and vegetables such as apples, avocadoes, bananas, grapes, lemons, oranges and pineapples from Central and South America.

Additionally, the ports  import dozens of other produce products, including pumpkins. Collectively, CBP agriculture specialists clear more than 2.5 million tons of perishable goods worth about $5 billion.

Annually, CBP agriculture specialists in the Port of Philadelphia and Wilmington reviewed documents for over 71,000 agriculture shipments while inspecting an additional 26,000 shipments to ensure that the commodities are free from pests, contaminants, and pathogens. During fiscal year 2020, they cleared more regulated agriculture cargo than any other CBP seaport Port of Entry – morethan twice that of the next busiest seaport at the Port of Fort Everglades, Florida (about 97,000 compared to about 46,000).

One accommodation that makes the Delaware Valley seaports attractive to perishables importers is intermodal access. Food and other critical resources arriving at local seaport facilities can be on a truck or railcar and reach the Mid-Atlantic population of 60 million people in a matter of hours – and reach almost a third of the U.S. population in under a day. These agriculture commodities are destined to markets and tables all across the United States.

“Customs and Border Protection agriculture specialists are on the frontline against the extraordinary threat posed by invasive insects and highly pathogenic animal and plant diseases that threaten our economic security,” said Casey Durst, Director of Field Operations for CBP’s Baltimore Field Office. “Our agriculture specialists in the Baltimore Field Office inspect hundreds of millions of pounds of fruit, vegetables, and meats a year to ensure they are fit for our tables and will not harm America’s agriculture.”

According to the U.S. Department of Agriculture (USDA), agriculture is the largest industry and employment sector in the United States, with more than $1 trillion in annual economic activity.

The potential impact of a pest introduced into the United States can be catastrophic. For example, invasive species cause $138 billion annually in economic and environmental losses in the United States, including yield and quality losses for America’s agriculture industry.

CBP agriculture specialists have extensive training and experience in the biological sciences and agricultural inspection; inspect tens of thousands of international air passengers, and air and sea cargoes nationally imported to the United States. 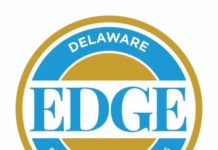