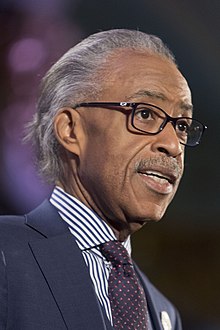 The Rev. Al Sharpton issued the following after he was denied permission to speak before the Legislature regarding the diversity of Delaware’s judiciary.

Over the last several months I have become increasingly concerned about the inequities inherent in the state of Delaware’s judicial system. Having spent my life dedicated to the cause of advancing civil rights in every corner of our country, I know injustice when I see it.

As Delaware’s judiciary is overwhelmingly packed with ​wealthy white men, there is a persistent gap between who runs the state’s courts and the people who those courts represent. ​With such a persistent gap, how can we be surprised that African-Americans in Delaware and across the nation do not trust their courts to deliver fair justice?

When Justice Tamika Montgomery-Reeves was promoted to the State’s Supreme Court – the first ever African American woman to hold such a seat – I was elated. But I was also firm in my conviction that her vacant seat on the Chancery Court must not be a wasted opportunity to advance the diversification of Delaware’s courts. As such, I was disappointed that Governor Carney decided to nominate Paul Fioravanti Jr. of Prickett Jones & Elliott – a firm without a single non-white partner – to replace her.

To say that I am disappointed I was denied the opportunity to testify before the Delaware State Senate on the matter of his confirmation would be an understatement.

Diversity transferred is not diversity created or advanced. Delaware must do better. Governor Carney and the State Legislature must do better. ​I welcome the opportunity to discuss this issue further with them, and will not rest until we address this injustice.