While questions at Wednesday’s press conference on the future of Wilmington Airport often centered on passenger service, the big story involves  New Castle County looking for a way to unlock the economic potential of the site.

Meyer called the airport the county’s biggest economic development asset and vowed to have it operate for the benefit of the county’s residents.

The task force is operating under a 2020 deadline that would give current airport operator the Delaware River and Bay Authority the required five years advance notice in canceling a 35-year lease. The DRBA has managed the airport since 1995.

Meyer and Levin stressed that all options are on the table, including renewal of the lease.

It seems likely that the task force will look for an entity that could pump capital into the airport and open the door to possibilities that could include sizable employers involved in the training of pilots, technicians and other aviation professionals. The demand for aviation jobs will continue to grow as older workers retire and more people take commercial flights.

The DRBA works to keep the airport operating on a break-even basis, leaving little room for major capital improvements that are not financed by federal funds.

The State of Delaware succeeded in getting Emirates-based Gulftainer to agree to invest as much as $500 million in the Port of Wilmington under the terms of a long-term lease.

Meyer pointed to Detroit as an example of an airport operation that is focusing on pilot training and making the airport into an economic hub. Another airport in the Carolinas shifted its focus from attracting airline service to other types of aviation activity.

Attracting airline service will remain on the table.

Wilmington Airport will continue to live in the shadow of the Philadelphia International Airport and American Airlines, which offers hundreds of daily flights.

While a passenger terminal without an airline would seem to be a waste of money,  a private operator might be able to come up with the capital for a new terminal. The terminal could serve private aviation clients and perhaps an airline at some point.

One issue that emerged last year involved Citigroup buying its office complex in Corporate Commons, with the county and the DRBA reportedly battling over who would receive proceeds from the sale.

Meyer says Citigroup has not reported back on a possible sale and added that the issue did not play into a decision to seek a path forward for the airport.

The task force will hold meetings that will be open to the public. 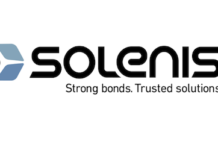