The New Castle County Council last week approved a land use plan tied to the expansion of the Incyte Corp. campus on the north side of Augustine Cut-Off at the West 18th  Street split.

The site is just outside the Wilmington city limits.

The company had earlier acquired property near its headquarters that included a former tire store.

Incyte held a public meeting on the project, which drew concerns from some residents over traffic problems and the size of the project.

This would be the second major project on Augustine Cut-Off for Incyte, a fast-growing pharmaceutical company that has profited from the blockbuster blood disorder drug, Jakafi and is now working to expand its drug pipeline. Sales have passed the $1 billion a year mark.

The company first undertook a major renovation of the former Wanamaker department store that had been located at the site and also purchased the building from the Capano family.

Despite the expansion, the company was forced to lease space in neighboring Pennsylvania to accommodate its growing workforce.

The move led State Rep. John Kowalko, D-Newark, to claim in an opinion piece that  Incyte was laying off employees while receiving state assistance. Incyte said the relocations to Pennsylvania were due to a lack of space in Delaware, with plans calling for jobs to return to the state.

Incyte has received grants from the state after relocating from northern California to Delaware. The young company set up shop at the DuPont Experimental Station.

Leaders of the company had previous  ties to DuPont, which had sold off its pharmaceutical holdings.

The company employs 700 and its growth helped the state offset the loss of thousands of jobs after  AstraZeneca shuttered research operations and sharply reduced its overall presence in the state from 4,000. 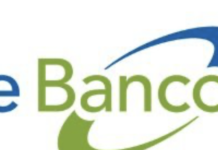