Gaining lots of attention this week was a statement signed by 181 CEOS who shifted gears on the long-held stance.

The new Statement of Purpose of a Corporation from the Business Roundtable was signed by 181 CEOs who are committed to lead their companies for the benefit of all stakeholders.

The term stakeholders have been creeping into earnings reports as CEOs face challenges that range from online reviews to calls from the White House.

We saw that phenomenon a short distance away when pressure from the administration led United Technologies to keep its helicopter plant in Coatesville, PA to remain open temporarily.

Since 1997, the Statement of Purpose had endorsed what is known as  shareholder primacy.

“Major employers are investing in their workers and communities because they know it is the only way to be successful over the long term. These modernized principles reflect the business community’s unwavering commitment to continue to push for an economy that serves all Americans,” Dimon stated.

JPMorgan Chase is the largest for-profit employer in Delaware.

Other CEOs indicated that taking all stakeholders into account would increase the long-term value of their companies.

Delaware has lived through the downside of shareholder primacy in recent years. First, we had the  Nelson Peltz-led  proxy battle at DuPont, followed by the   merger and subsequent three-way spinoff of DowDuPont.

Shareholder activists claim the company needed to go through what some called the “spin cycle” to save a troubled enterprise. Others see a continued focus on financial engineering and portfolio reshuffling as DuPont seeks to sell off some of its businesses.

The CEO of Dow signed the Statement of Purpose. DuPont is not listed as a member of the Roundtable.

Not a fan  of the revised statement is the frequently quoted Charles Elson,  longtime head of  the Weinberg Center for Corporate Governance at the University of Delaware.

Elson told the Washington Post the stance  can lead to a lack of accountability as CEOs juggle relations with various stakeholders.

Enjoy your Thursday. Cooler days may be ahead.

If this newsletter was passed along, sign up here  to get your own five-day-a-week email report at no charge. –  Doug  Rainey, chief content officer. 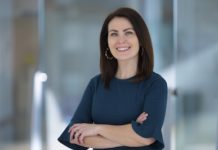