DowDuPont announced two additional members of the future board of directors of Corteva Agriscience, Agriculture Division of DowDuPont. They are Dr. Klaus Engel, former CEO of Evonik Industries, and Rebecca Liebert, who recently became senior vice president, automotive coatings at PPG after more than a decade in leadership roles at Honeywell International.  With these additions, Corteva Agriscience has 11 members on its future board.

[Not a valid template]Wilmington-based Corteva is slated to be spun off from DowDuPont later this year.

In this role, Farley oversees the organizational strategy to advance the professional fulfillment and wellbeing of Christiana Care caregivers. She leads advocacy programs and initiatives aimed at optimizing the caregiver experience and fostering an organizational culture of wellbeing. She also continues to oversee the direction and activities of the Center for Provider Wellbeing.

Farley, an emergency medicine physician, completed her medical education at Robert Wood Johnson Medical School. She joined Christiana Care in 2002 for residency training in emergency medicine and a fellowship in administration which she finished in 2006.

Farley earned her Master of Health Care Delivery Science from Dartmouth College in 2018. She has held several leadership positions in the American College of Emergency Physicians on state and national levels, and has co-authored multiple peer-reviewed journal articles. She frequently speaks at local, national and international venues with the goal of sharing best practices and innovations in the field of clinician wellbeing.

In this role she will direct and implement system-wide user support for clinical and scheduling applications, including Cerner PowerChart, Revenue Cycle, FirstNet and other systems as needed.

Erika Caesar joined the Bank in October 2017 as Managing Director, Assistant General Counsel, advising the Company on a wide range of legal, regulatory, strategic and corporate governance items. She was recently appointed to also serve as Chief Diversity Officer.

Jennifer F. Terry serves as Managing Director, Chief Human Resources Officer of the Company. Working out of the Company’s Wilmington,

Matt Wallace has served as Managing Director, Chief Information Officer of the Company since his hire in July 2017.

John Leto, who joined the Company in July 2016 as Chief Administrative Officer, now serves as Executive Vice President and Head of Institutional Banking

Jeff Nager has expanded his role and is now Executive Vice President and Head of Commercial Lending. 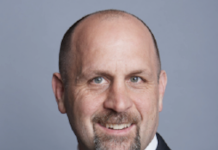 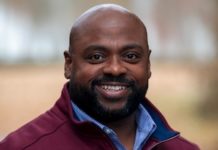