Wilmington officials announced changes to a permitting process that has long been viewed as a hindrance in rehabbing buildings in the city.

Mayor Dennis P. Williams  joined with Wilmington City Council President Theo Gregory and several  department officials   to announce a new online  web page that can be used to start the application process  for permits and licenses, as well as  download documents for  building or reconstruction  projects.

“The new online information center marks the beginning of an ongoing effort to reform the city’s development review process,” said  Williams. “The Administration has listened to comments from property owners, developers and contractors of all types and has also opened an important partnership with the Committee of 100 business organization to promote responsible economic development and address issues that affect our city’s economic health.”

Williams said the first phase of the reform process has produced a dedicated page on the City’s website (www.WilmingtonDE.gov/developmentreview) that will have the necessary documents.

“Wilmington welcomes and encourages homeowners and business owners to improve their properties and we support new residential and business projects that will help the City grow,  said  Gregory. “At the same time, however, it is important that the city’s permitting, licensing and development process be streamlined so citizens can complete their projects in a timely manner while receiving the appropriate  city review and support.”

City Departments that are helping to reform the review process are Licenses and Inspections, Planning and Development, Public Works, Law and the Fire Marshal’s Office. Licenses and inspections has long been under fire for what critics have viewed as a lack of responsiveness and contradictory decisions.

A release from the city said reforms in nearby Philadelphia influenced the streamlining effort.

According to the release, Planning and Development Director Leonard Sophrin became aware of the extensive work being done in Philadelphia by Karen Black of May 8 Consulting in conjunction with the Building Industry Association of Philadelphia.

“Philadelphia successfully transformed its city government from a convoluted and frustrating process to one where developers were encouraged and welcomed into the process, and given guidance during each step of their particular project,” said Planning and Development Director Leonard  Soprhin. “This effort resulted in properly reviewed projects that were approved in a timely manner which supported the city’s goal of welcoming new business and residential projects, large and small.”

Licenses and Inspection Commissioner James Ray Rhodes has been among the active participants on the working team, a release stated.

“This public-private partnership has only enhanced our perspective,” said Rhodes. “With the diverse background and knowledge of the working team, we have built a solid foundation from which anyone can understand how businesses get their projects completed in Wilmington. The transparency of this process will ultimately translate into increased economic development and growth throughout the city.”

The announcement comes as Williams faces a crowded field in a bid for a second term as mayor.

Williams has locked horns with state officials by not turning over police department deployment information in return for getting  state  aid that would put additional officers on the street.

Funds for the  officers have since been withdrawn. 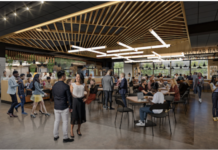