The News Journal reported that Beebe Hospital in Lewes will pay more than $100 million to settle with the famiies of victims of Dr. Earl Bradley.

The agreement is not final. The newspaper and its delawareonline.com website reported that much  of the settlement will be paid by insurance money. There had been concerns that the community hospital system would have to file for bankruptcy protection in order to come up with a settlement.

Bradley is currently in prison, after being convicted of sexually assaulting patients at his pediatric practice near Lewes.

Bradley had been investigated in the 1990s after reports surfaced of inappropriate actions with children. However, he was never barred from treating patients. 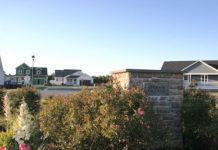